In 2011, I helped organise PQ for Children, thanks to which I had the fantastic opportunity of not missing a single day of the Prague Quadrennial. This was all in the euphoria of this being the summer before I started studying at DAMU. I believe PQ to be one of the most significant cultural and social events of an international format in the Czech Republic. There are very few occasions at which so many artists from around the world can meet and have the opportunity to mutually inspire, confront, and complement each other. I have observed this year’s quadrennial from a distance, and I have no doubts (after examining the programme and press releases – www.pq.cz ) about the quality of the exhibitions, performances, conferences, and workshops. But in all the activity around PQ19, I haven’t registered a single mention of the organiser’s position as to the ecological impact of the event. I don’t wish to get into the content and themes of the individual pieces, but rather to stick to more pragmatic questions – PQ as a whole; as a concept. There are artists from around the world at PQ, and most of them certainly had to fly to get here. The part of the exhibitions and scenography that could not be built here also had to be transported to Prague.

FUNFACT – At this link you can calculate CO2 of any flight!

PQ is a popup event, appearing for a limited period and then disappearing. It is true that the manifestations and consequences of such an event are very palpable, and yet, despite that, the character of the event is single-use. In the context of the ecological crisis – which is not approaching, but simply happening – this kind of thinking is unsustainable. I can’t imagine everything good that comes from this meeting between artists and public can counterbalance the event’s ecological impact. Prague Pride, another huge event, opted for an interesting approach: they acknowledged the ecological impacts and try to examine them. I expect that the results of their research will lead to specific conclusions which will influence the form of the event. I consider it important that they, an authority, publicly declare these efforts. (MORE INFO – in CZ)

This time last year, Prague hosted the Prague Marathon. When I walked by, I was terrified by the number of single-use plastic sponges (used for cooling down the participants), plastic cups, and gallons of water sprayed onto the sweaty runners. Furthermore, the marathon practically turned the centre of Prague into an enormous billboard for advertisements by a number of multinational corporations, which would be impossible without this “holiday of sport”.

After I recorded the material for the video which you can see above and returned home to edit it, I quickly researched the organisers (Runczech) and the central idea that produced the Prague Marathon. I arrived at the conclusion that despite the organisers’ references to the legacy of Emil Zátopek and bringing up a new generation of world athletes, the execution of the event rather attested to the organisers’ ignorance and shallow thinking. More than quality and depth, they were after quantity and spectacle, their aim being the “billboard” I mentioned, rather than a humble celebration of sport. After reaching this conclusion, I could no longer be angry at the organisation that put the event together, and much less so at the people leading it. All this happens because they copy a model of thought we as a society are imprisoned in and which got us into the situation we are in now.

“We cannot solve our problems with the same thinking we used when we created them.”

But I am angry at the organisers of PQ 2019. Especially because I believe artists are creative beings whose mission is creativity and the search for unexpected connections. Artists should be individuals capable of feeling and making present the subconscious and conscience of society and uncover them so that they are available to all, because what is visible and tangible can be reflected upon. An artist, surely, should be conscious; self – conscious; conscious of what goes on around him. It seems to me that in the case of an event of such massive scale and significance as PQ, a focus on ecology should be obvious, with the organisation bringing its name, brand, prestige, and history to the game. There is potential for an event which might not be an exposition of world scenography in the true meaning of those words, but will instead be an embodiment and model for how similarly enormous events could work in a world which we, people, are destroying. What artwork can be created today without existing in the context of climate change? What theatre festival, institution, or group can ignore the environmental crisis?

Artists reconstruct or capture the narratives which produce our collective consciousness, and then retell them – interpret them. And it is this interpretation that determines the success of each particular narrative. Some narratives are directly incompatible with how our mind works, which is why it’s so hard for humanity to face them objectively. The climate crisis is one such narrative.

Here is a quote from Understand faulty thinking to tackle climate change” an article based on the work of psychologist and Nobel laureate Daniela Kahneman.

“… Which points to the real problem: climate change is exceptionally amorphous. It provides us with no defining qualities that would give it a clear identity: no deadlines, no geographic location, no single cause or solution and, critically, no obvious enemy. Our brains scan it for the usual cues that we use to process and evaluate information about the world, but find none. And so we impose our own. This is a perilous situation, leaving climate change wide open to another of Kahneman’s biases – an “assimilation bias” that bends information to fit people’s existing values and prejudices.  “ ( George Marshall in New Science + extended version of the article)

It is thus apparent that if we want to change the current situation, we have to retell the narrative of the climate crisis so that it is acceptable; graspable. Who if not the experts at interpreting and telling stories – artists – should stand at the forefront of this change. This text is an appeal to everyone who has taken or will take part in organising PQ to stop pretending like we can afford this event in its current form. Eight hundred artists from around the world? Even if all the artworks included tackled the ecological crisis, what difference would it make if the event itself has such an enormous carbon footprint? One of the counterarguments that immediately comes to mind is – But what about all the people flying around the world for work and holidays? Is that alright? – It’s not, it’s equally unsustainable – this is the responsibility of individuals and organisations. I believe PQ, as an institution, plays a different part to that of an individual or a private company – it is in a position of authority; it must take the lead, be visionary.

It would make no sense for me to criticise events like the famous car exhibition in Geneva, because this is a product of corporate culture – currently the motor of climate change. This is essential blindness, as the only motor of such an environment is the cumulation of money for its further cumulation. But an artistic symposium? This must surely be different, it must stand on other values, it has to inspire others in its form, content, execution, and how different everything connected to it is. Everyone who heard me talk about PQ in this way said: “Okay, but then we might as well do nothing.” My response was and always will be: “No, we have to do more, but with more quality, more depth, and primarily with respect for the planet and NEVER at its expense.” 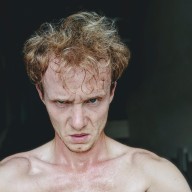